Ecstatic Trance
Your Door to Altered States of Consciousness 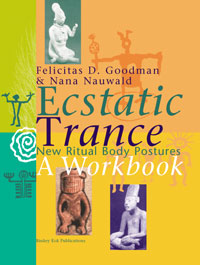 A new revised edition is in preparation. It will be available in Spring 2021. 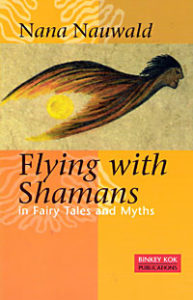 Flying with Shamans in Fairy Tales and Myths

Full of exciting journeys through the shamanic worlds of many different cultures, Flying with Shamans in Fairy Tales and Myths is enchanting as well as instructive. In addition to an introduction to the world’s shamanic beliefs, Nana Nauwald provides background information about the culture from which each fable comes. On this enchanting flight with the shamans, you’ll learn about the three worlds, the world tree that connects them all, and the magical shape-shifting and healing powers of the shaman. You’ll journey through ancient Russia, Japan, North and South America, and Europe, discovering how the magic of human imagination conjures images that people in widely separate parts of the world hold in common.

After reading this book, you’ll look at all fairy tales in a different light. Rather than interpret fairy tales as psychological metaphors, why not accept them as they are and allow their magic to work on you!

Thank you for your interest in my work and website!
I welcome your comments and feedback.
Please contact me if you have any questions or need further information.